According to the relevant provision of Article 357 of the Criminal Law Of the People’s Republic of China: The term “narcotic drugs” as used in this Law means opium, heroin, methylaniline (ice), morphine, marijuana, cocaine and other narcotic and psychotropic substances that can make people addicted to their use and are controlled under State regulations.

According to the relevant provision of Article 32 of Narcotics Control Law of the People’s Republic of China: The public security organ may make necessary testing on drug addict suspects, and such suspects shall accept the testing; if anyone refuses to accept the testing, a compulsory testing on him is allowed upon the approval of the person in charge of the public security organ of the people's government at or above the county level or its dispatched office. 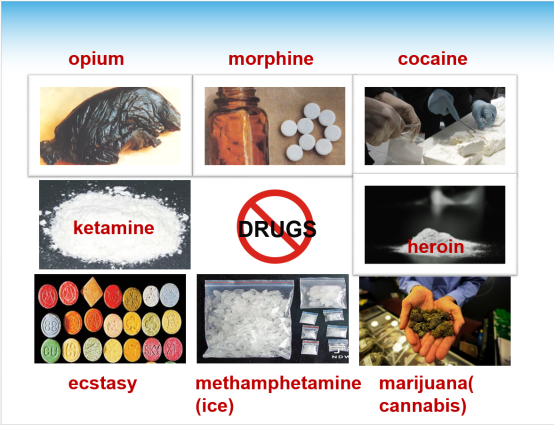 DON’T DO IT IN CHINA!

2、Provide drugs to others

4、Provide space for others to use drugs

5、Tempt, abet and deceive someone into drug addiction

6、Smuggle, traffic in, transport or manufacture of drugs